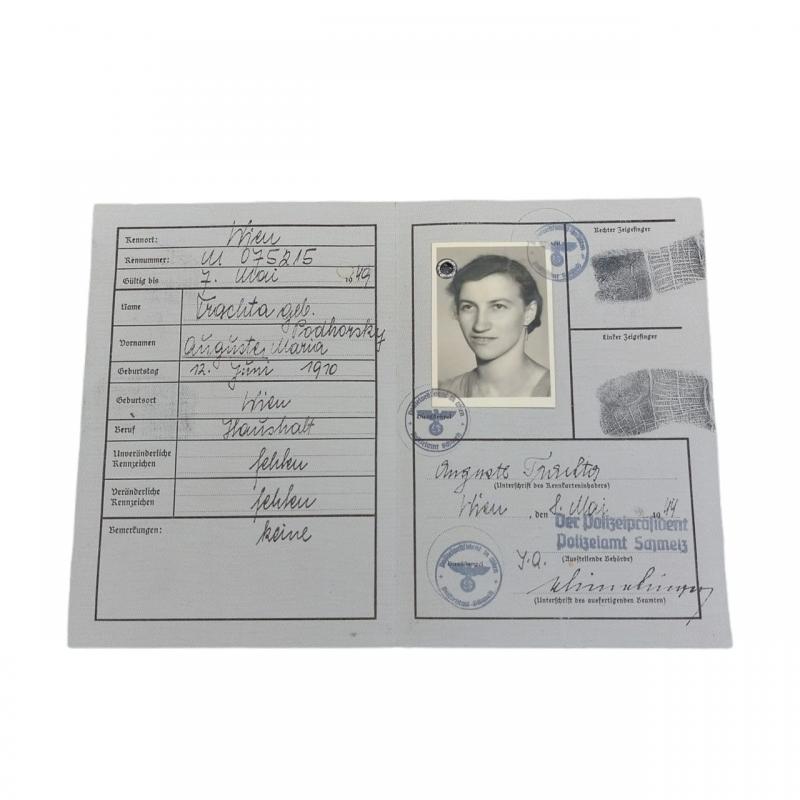 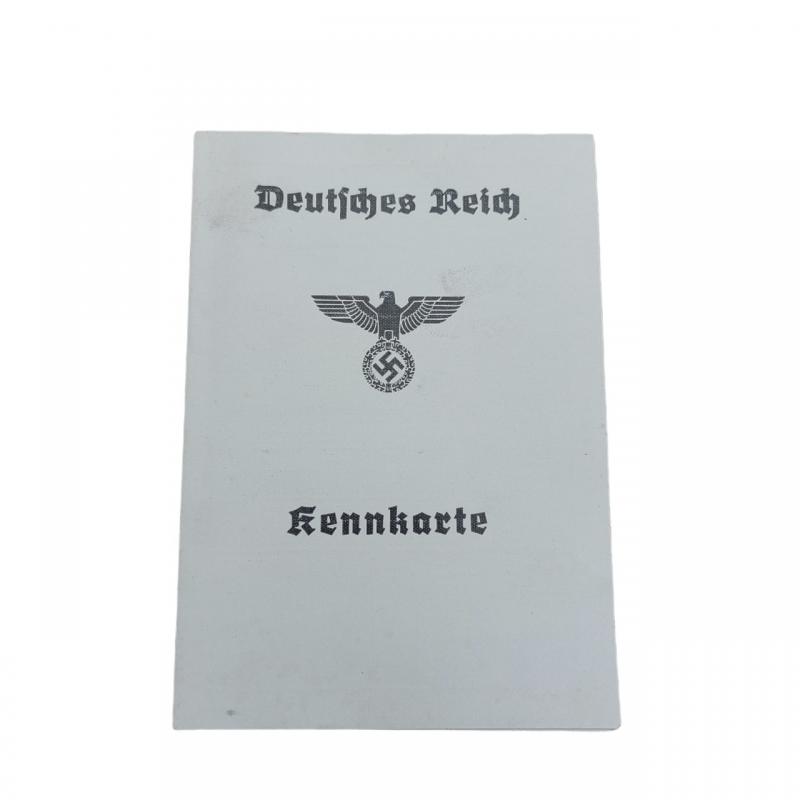 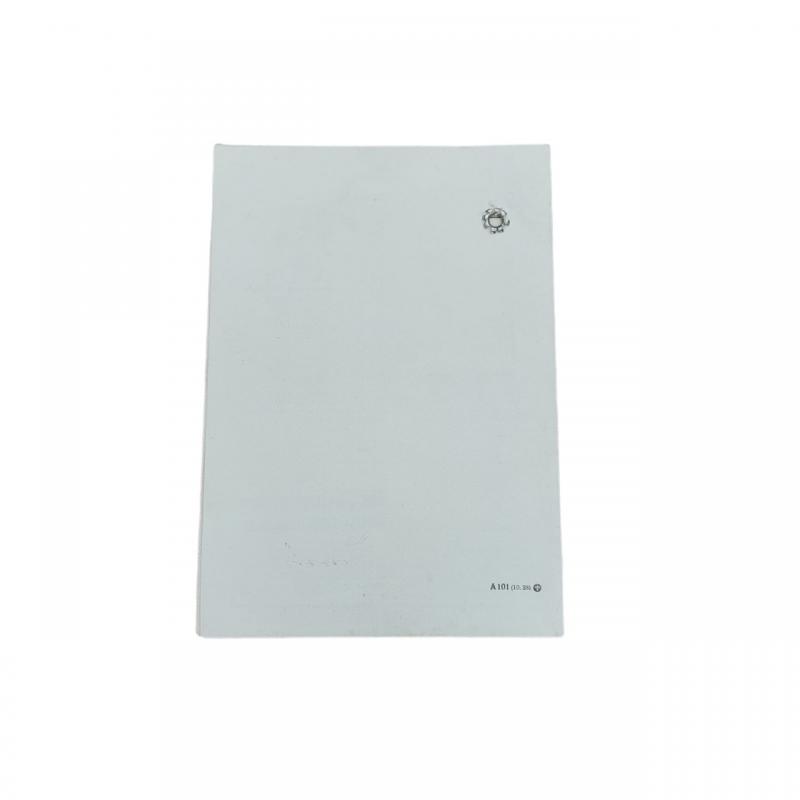 Original civilian German ID card (Kennkarte). This copy was presented to a woman on May 8, 1944.

The Kennkarte was the basic identity document in use inside Germany (including occupied incorporated territories) during the Third Reich era. They were first introduced in July 1938. They were normally obtained through a police precinct and bore the stamps of the corresponding issuing office and official. Every male German citizen aged 18 and older, and every Jewish citizen (both male and female) was issued one and was expected to produce it when confronted by officials.