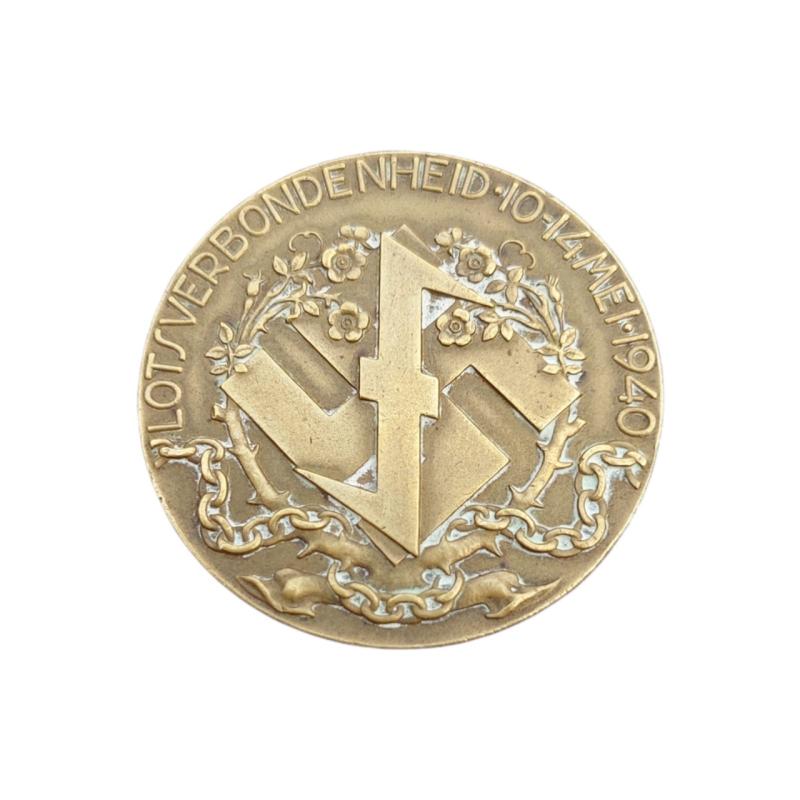 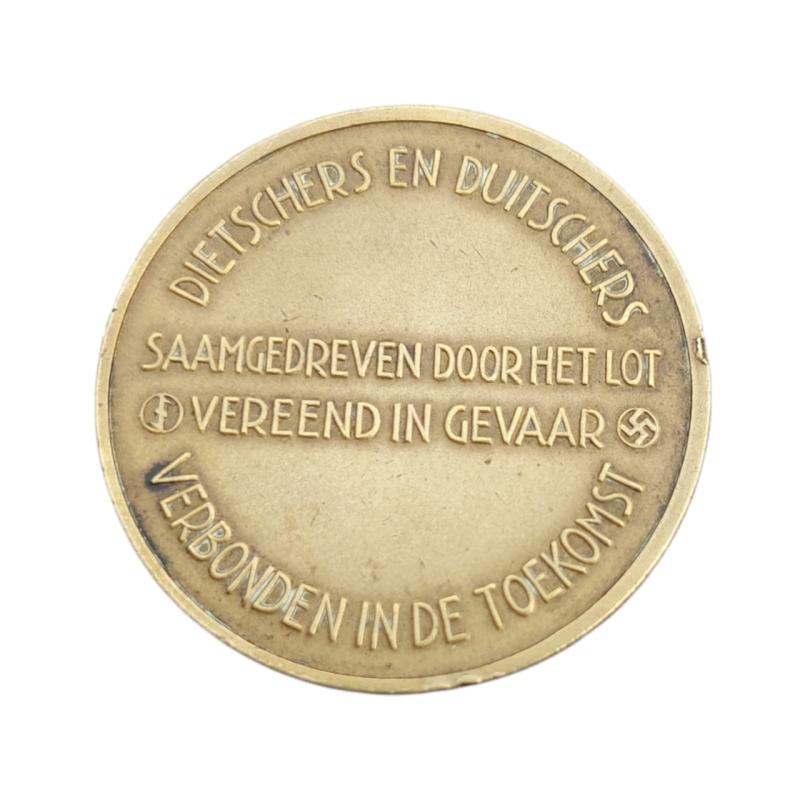 Original Dutch NSB table medal. It concerns the so-called "Lotsverbondenheid 10-14 mei 1940" token. The medal is in a good condition.

The medal "Lotsverbondheid 10-14 mei 1940" was established after a decision by Anton Mussert in the autumn of 1940. The medal was intended for members of the National Socialist Movement (NSB) who were interned between 10 and 15 May 1940. The medal was intended as a tribute to the internees, but also to underline the bond between the NSB and the German occupier. This was further emphasized by the awarding of three gold copies to Seys-Inquart, Schmidt and Hauptmann Siebel respectively. In addition to NSB members, Reichsdeutsche who were interned during this period were also given the opportunity to receive this medal.

The medal was designed by the NSB member and painter F. Gerdes and made by Gerritsen and van Kempen.