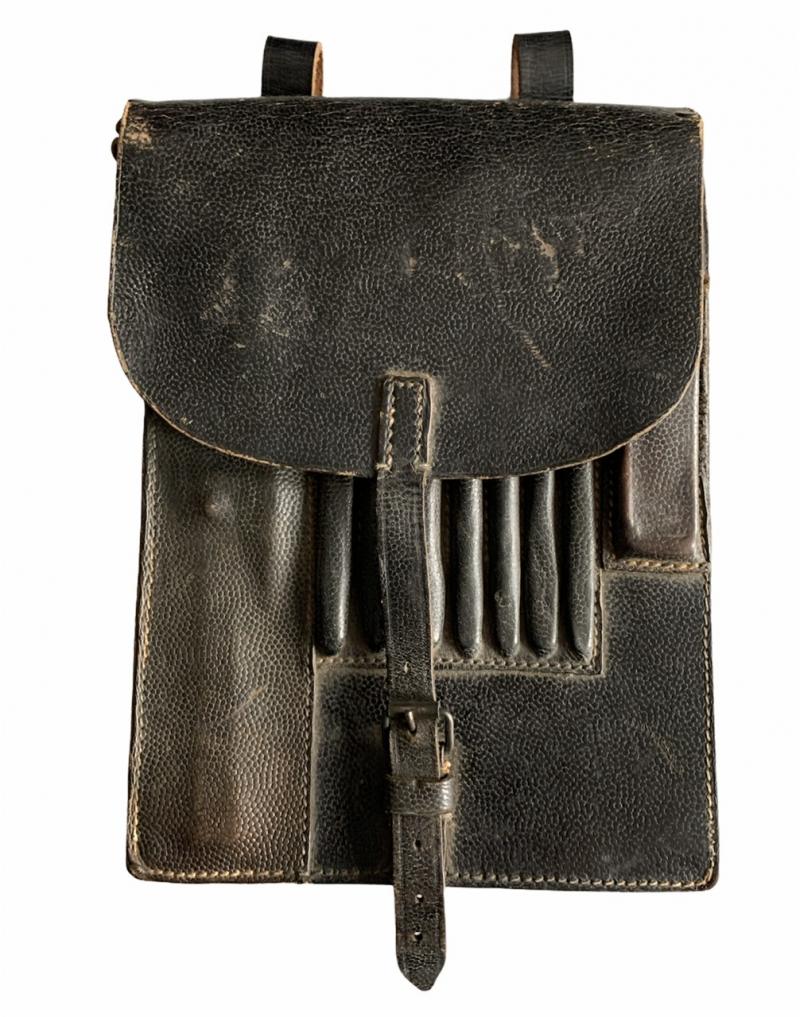 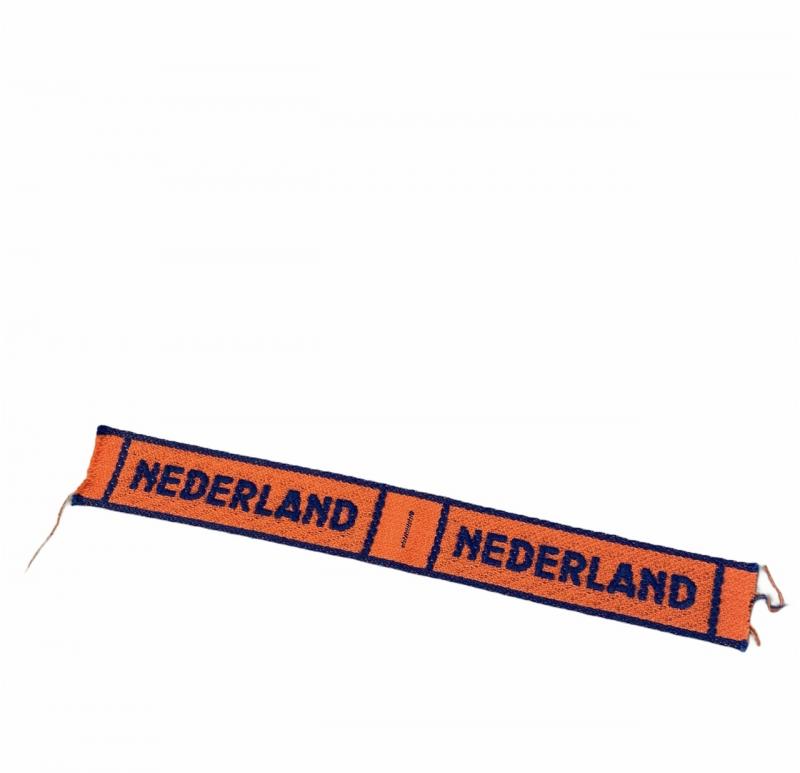 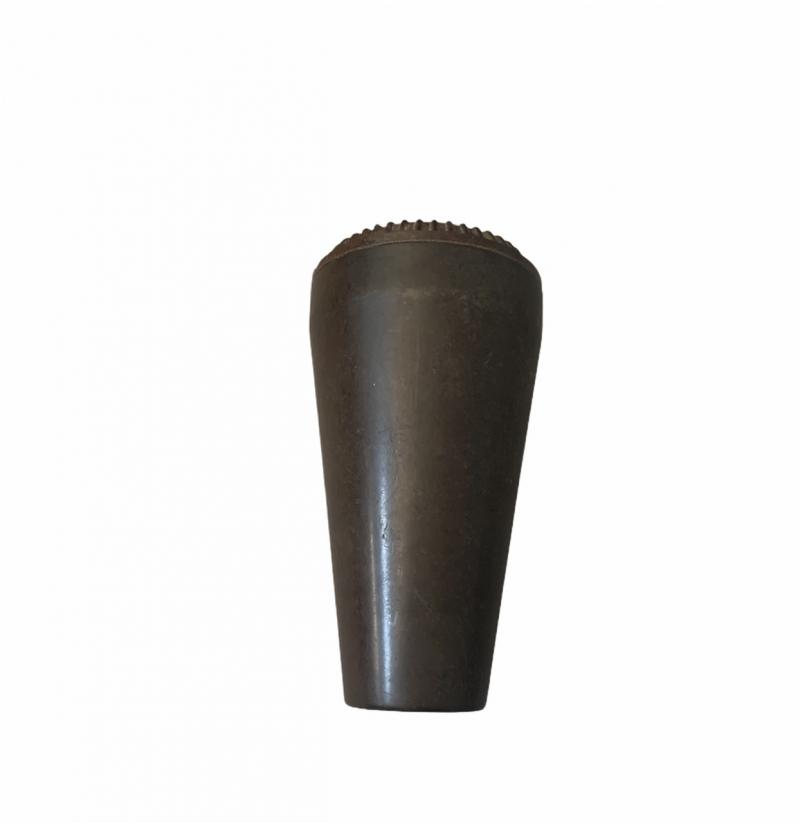 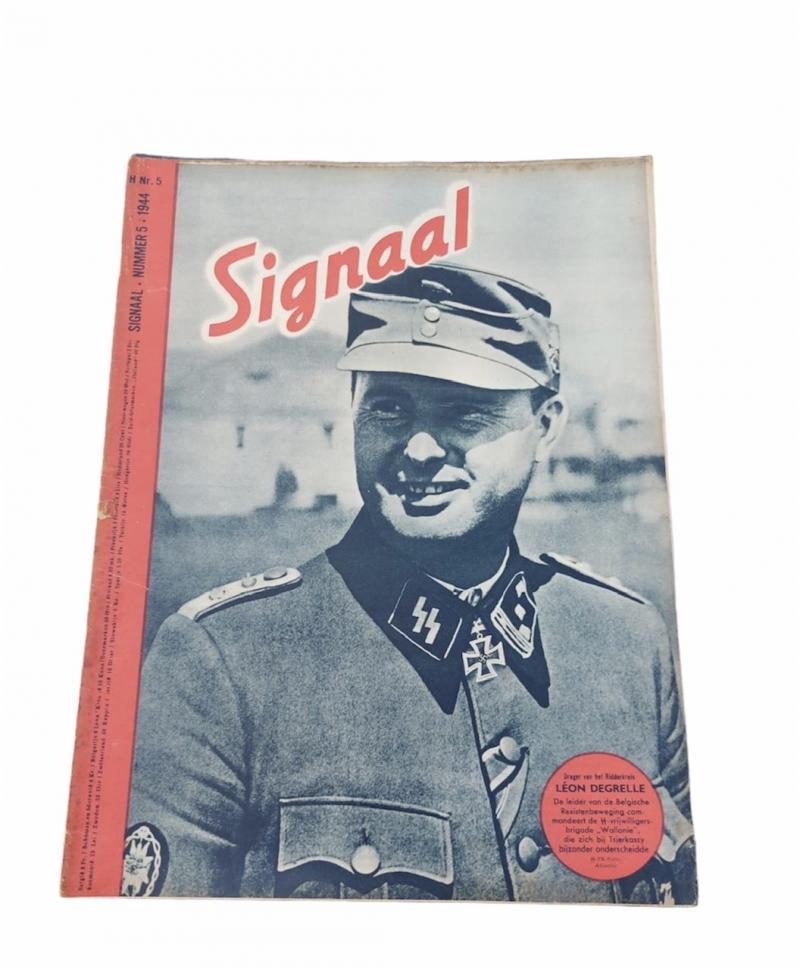 Original (Dutch) Signaal propaganda magazine. Published in 1944. Has a nice cover and is in a used condition with minor damage. Great pictures inside. Would be great for display!

Signal was one of the major propaganda publications of the Third Reich, aimed at an international audience. It was published in 25 languages. read more 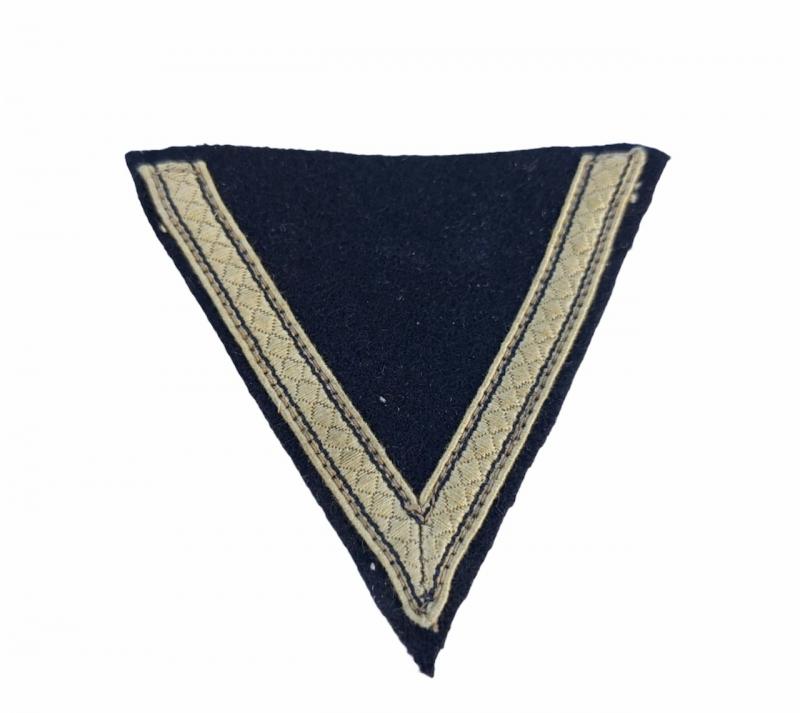 Concerns a chevron for a 'sturmmann' at the Waffen-SS.Textbook example in mint condition. read more 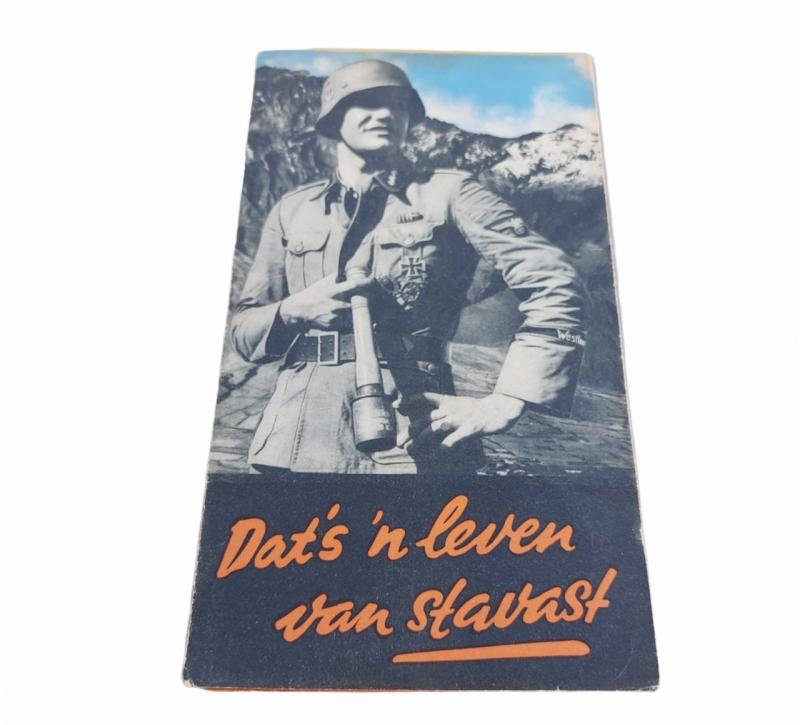 Original Dutch Waffen-SS Recruitment brochure. Unfortunately, it is torn in some places. Nevertheless nice for display in a frame. read more 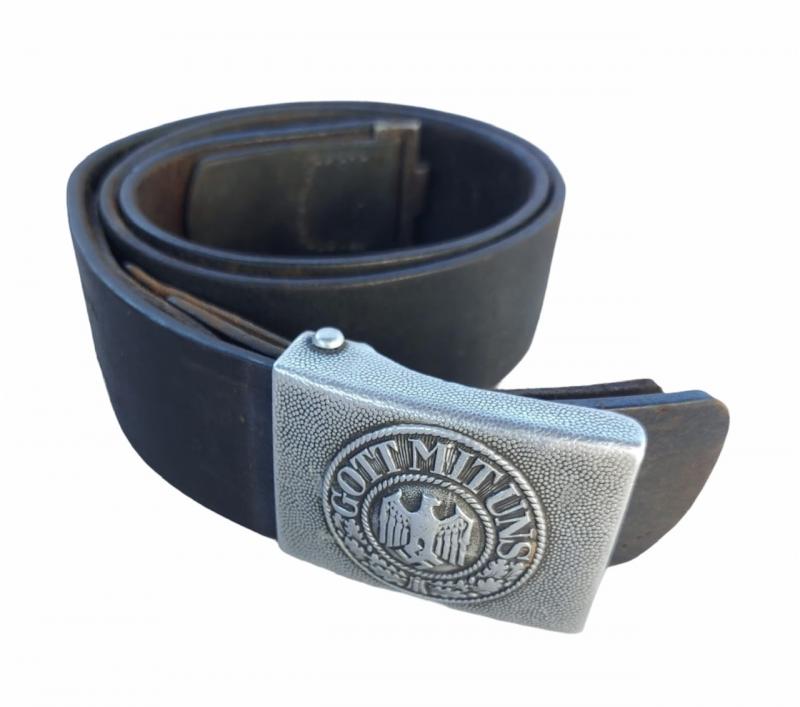 Original German Wehrmacht (Heer) belt & buckle with leather tab. The whole is in a neat but used condition. Both the strap and the buckle are well stamped. Unfortunately, the dating of the belt is difficult to read. The buckle is dated 1938. read more 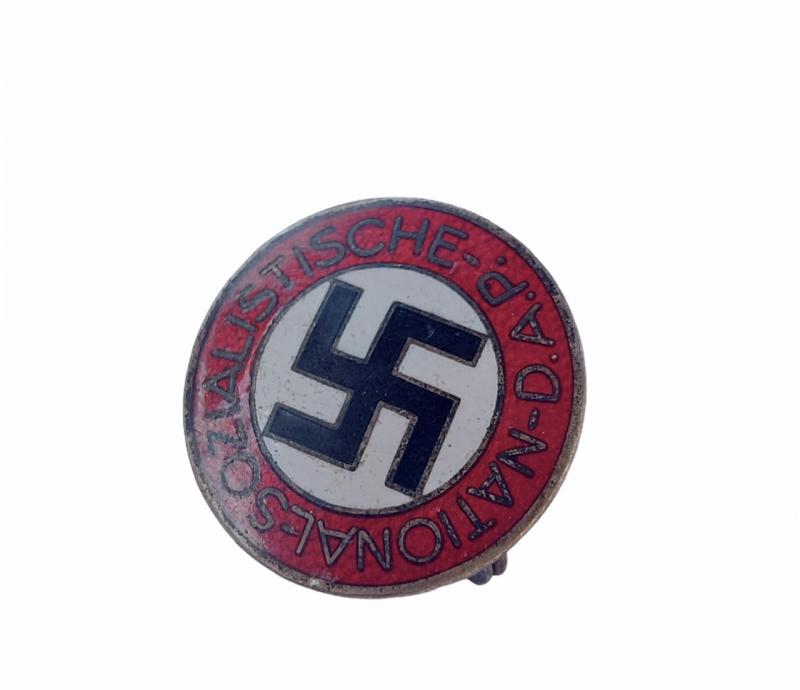 Original German NSDAP membership pin. A so-called "parteiabzeichen". The pin is stamped RZM m1/9, indicating that this badge was made by Robert Hauschild from Pforzheim. Hard to find maker! In a worn but neat condition. read more 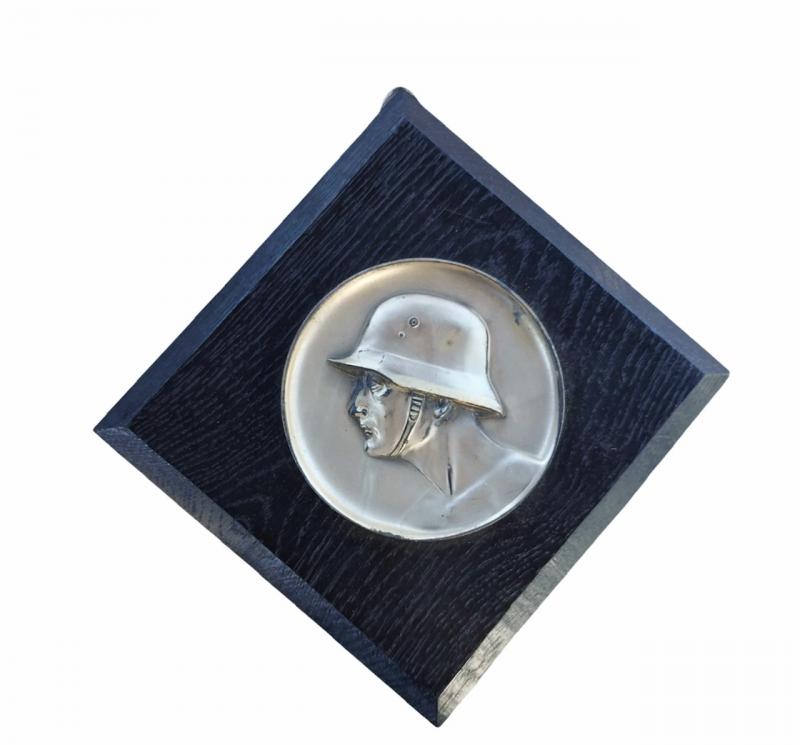 Original German Reichswehr plaque. In a neat condition. Beautiful for display on the wall in a diorama or in a display case. read more 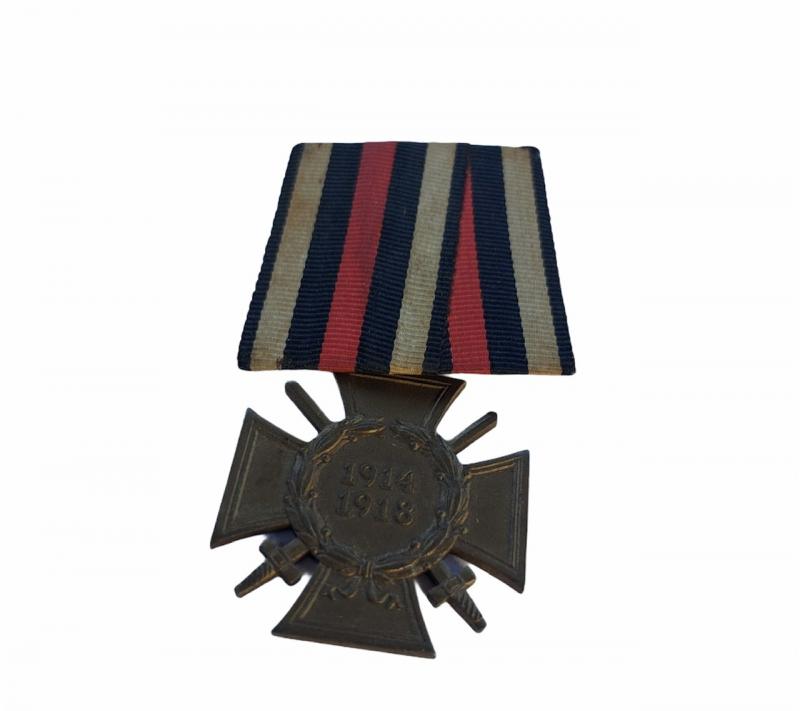