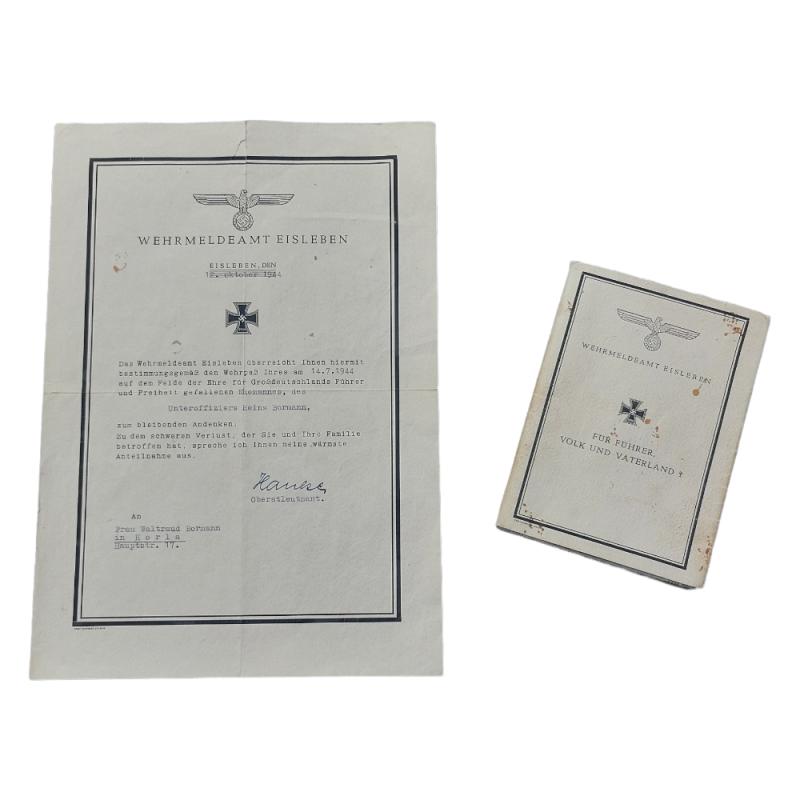 German Wehrpass and accompanying charter which belonged to Heinz Bormann.

Heinz was born on August 24, 1920 in Horla, Germany. He joined the Wehrmacht on October 11, 1937. He served with several units, including Cavalry Reconnaissance (Panzer Aufklarung).

Heinze was deployed several times during the war on various fronts. Among other things, during the German invas... read more 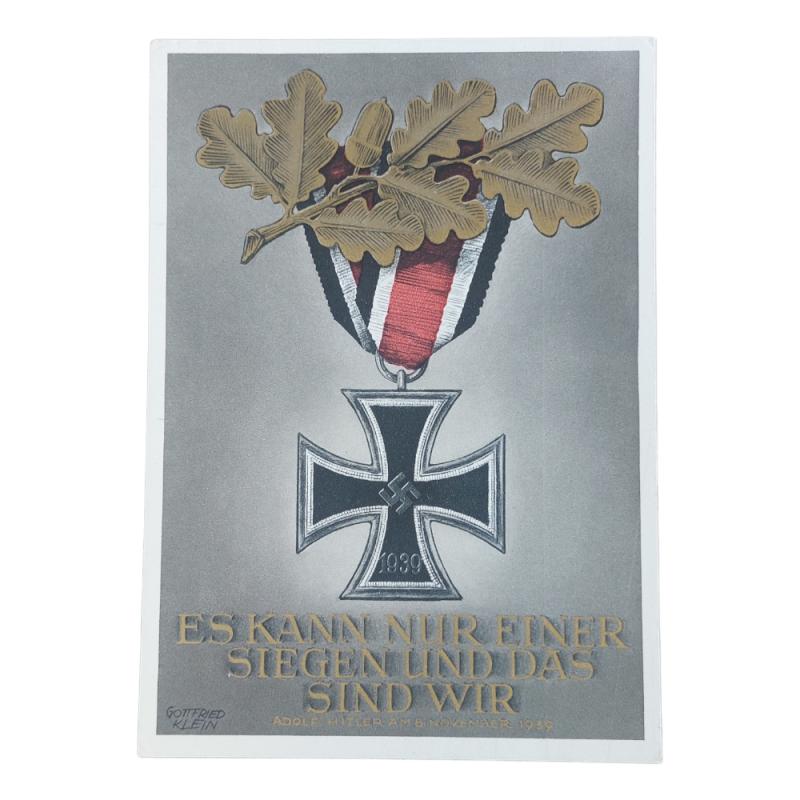 German propaganda postcard with an EK2 on it. Nice card to complement your medal or postcard collection. read more 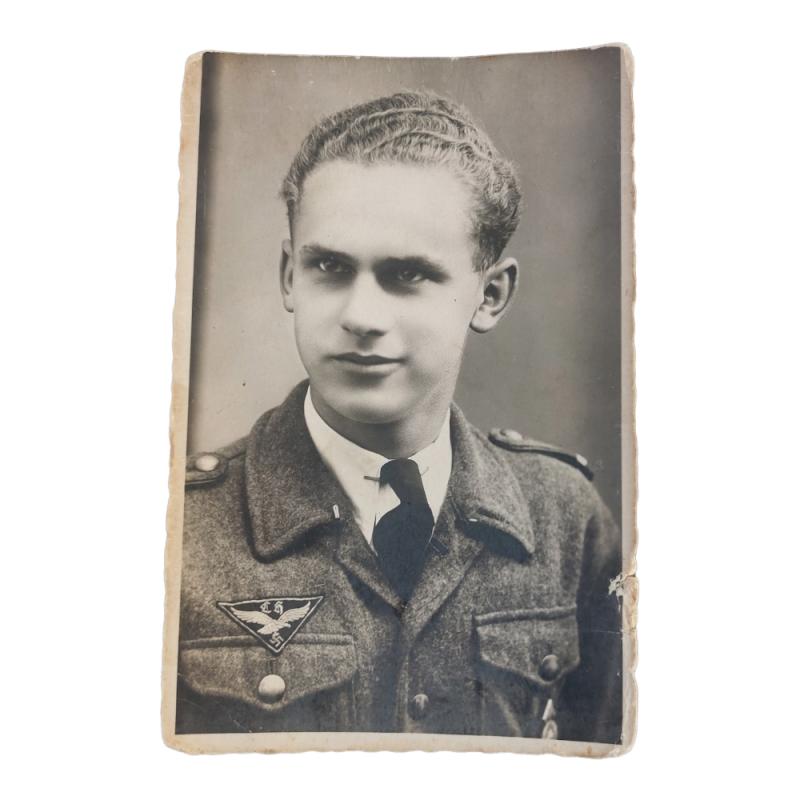 German photo on postcard format with a soldier of the Army (Heer) with us for our unknown German vehicle. Nice photo for your vehicles or photo collection! read more 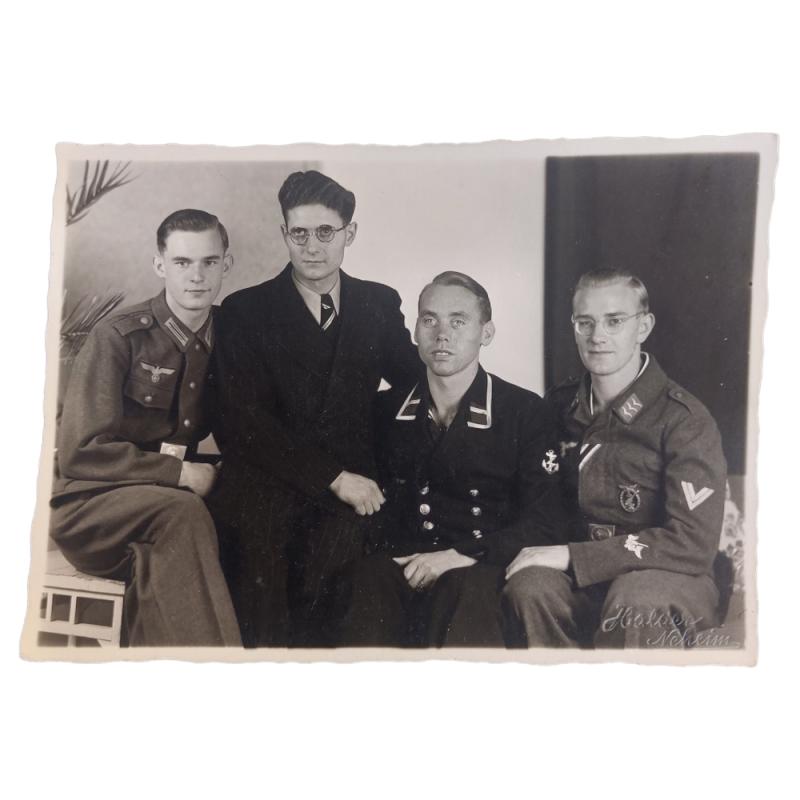 German postcard-sized photo with soldiers from the Army (Heer), Navy (Kriegsmarine), Air Force (Luftwaffe) and a civilian. Perhaps brothers or a group of friends. The Luftwaffe military belongs to a so-called FLAK unit. This can be seen from the FLAK abzeichen he wears. Nice picture for your medal or photo collection! read more 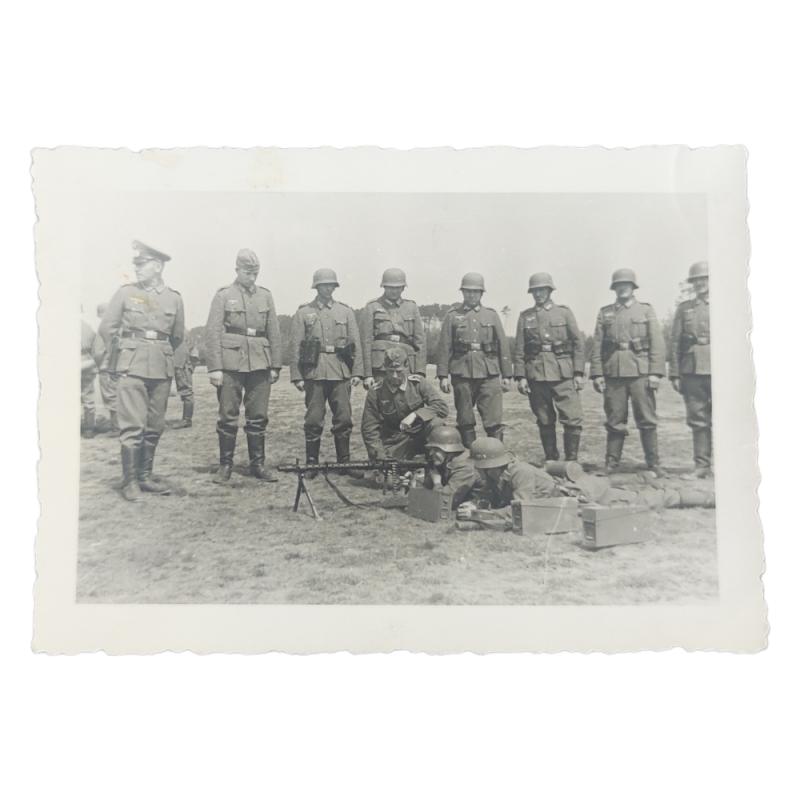 Original photo showing German Army (Heer) soldiers around an MG34 machine gun. The dimensions of the photo are approximately 7 cm by 10 cm. Nice picture for your MG34 or photo collection! read more 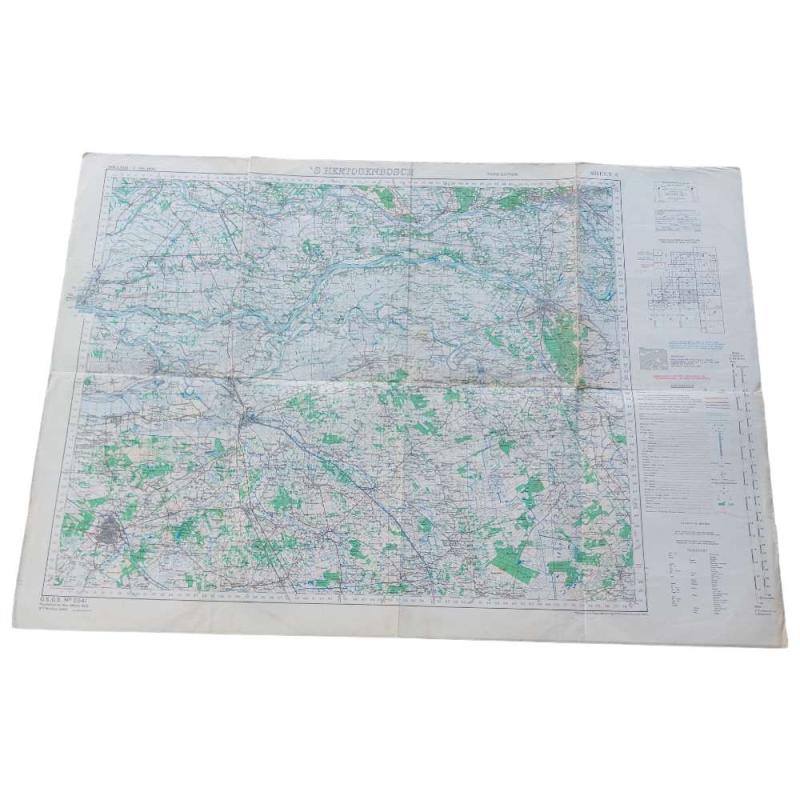 Original American topographic map of 's-Hertogenbosch. This is a canvas version from October 1944. Allied paratroopers were also issued this model map during operation Market Garden. Many famous places such as Arnhem and Nijmegen can therefore be found on this map! read more 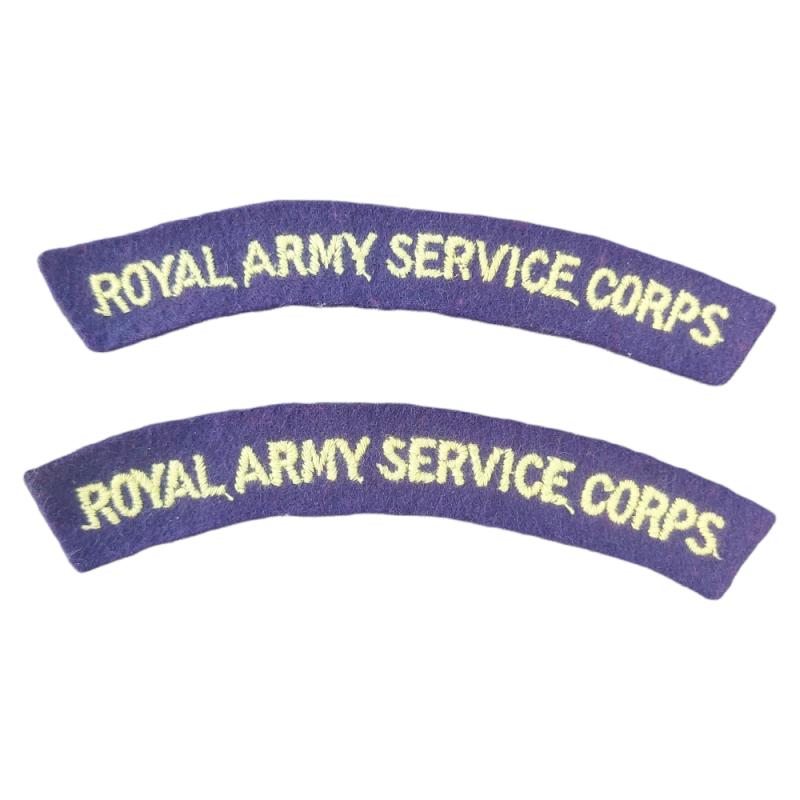 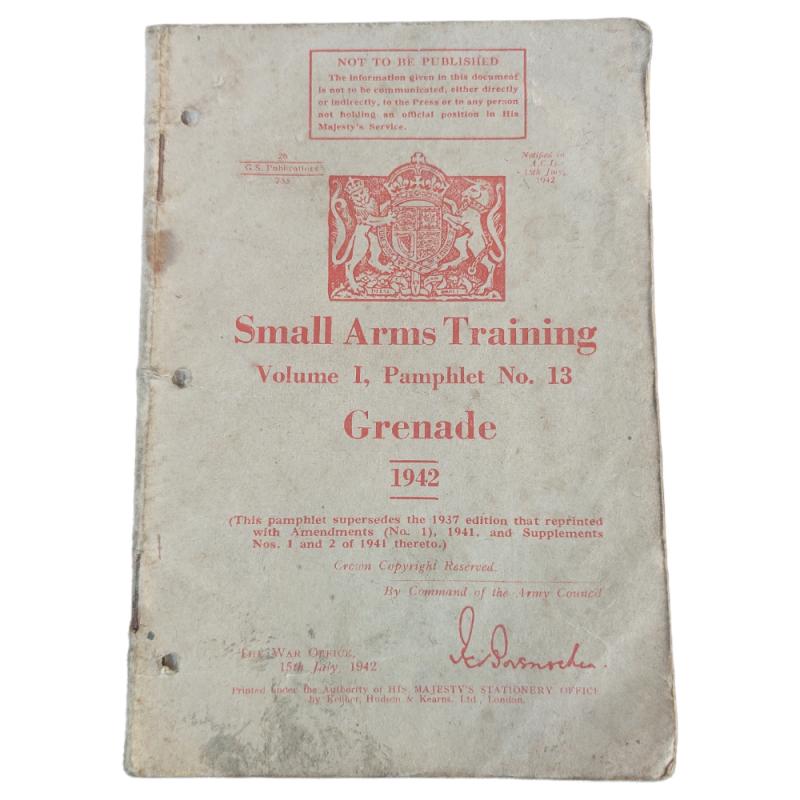 Original British manual for the various hand grenades in British service. The manual is dated 1942 and is in used condition. read more 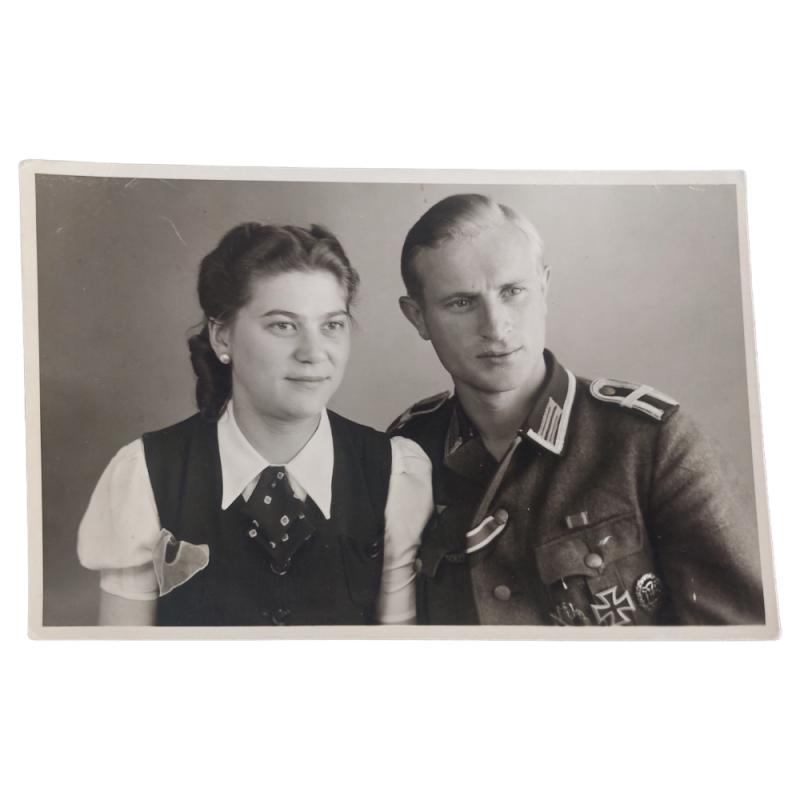 Great German postcard format photo. In the picture we see a German military man with his beloved. The soldier is decorated with, among other things, an EK1 and 2, DRL Sport Abzeichen and an Infanterie Sturmabzeichen. Nice picture for your medal or photo collection! read more